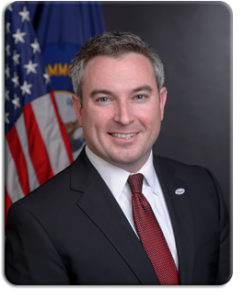 Last week’s election ushered in a new contingent of statewide elected officials under the age of 40 around the country.

Six newly elected statewide officials are under the age of 40, joining several thirtysomething young elected officials already in office nationwide. While North Carolina Superintendent of Public Instruction-elect Mark Johnson (R) is the youngest of the new group at the age of 33, he is not the youngest statewide elected official in the country. The title still rests with Kentucky Agriculture Commissioner Ryan Quarles (R), who is one day younger than Johnson.

The group joins Quarles, North Dakota Tax Commissioner Ryan Rauschenberger (R), 33, Kentucky Treasurer Allison Joy Ball (R), 35, and Ohio Treasurer Josh Mandel (R), 39 as statewide elected officials in the country under the age of 40. Missouri Auditor Nicole Galloway (D) is 34 but was first appointed to her post last year by Gov. Jay Nixon (D) to fill a vacancy. Galloway will face voters for a full four-year term as state auditor in 2018. Missouri Secretary of State Jason Kander (D), 35, is leaving office in January after declining to seek a second term to unsuccessfully seek a U.S. Senate seat. Kander was the nation’s youngest statewide elected official for his first two years in office.

With five statewide offices in New Jersey and Virginia on the ballot in 2017, it is likely that Quarles and Ball will retain their titles through at least the end of 2018. Presently no statewide candidates in either state are younger than Quarles and Ball.

North Dakota has a history of having young candidates face voters statewide. Outgoing Insurance Commissioner Adam Hamm (R), was in his early 30s when he was first elected in 2008, when he defeated then 29-year-old Democrat Jasper Schneider, who was serving in the state Legislature at the time. Rauschenberger was first appointed to his office in 2014, months before his first election as tax commissioner. North Dakota Democrats have fielded a series of young candidates in recent elections, including state Rep. Corey Mock’s unsuccessful 2010 for secretary of state and state Sen. Tyler Axness’ unsuccessful bid for Public Service Commission in 2014. North Dakota Democratic Party Chairwoman Kylie Oversen is the youngest major party state chairwoman in the country at 26.

While thirtysomethings were elected to state executive offices around the country, three thirtysomethings seeking U.S. Senate seats – Kander, Florida Democrat Patrick Murphy and Arkansas Democrat Conner Eldridge – were unsuccessful in their bids. During the spring Democratic primary, 32-year-old Cincinnati Councilman P.G. Sittenfeld was unsuccessful in his bid for the Democratic Senate nomination in Ohio.

Johnson comes to the superintendent’s post following time as a classroom teacher in West Charlotte High School and serving as a corporate counsel with a technology firm. For the last two years he has served as a school board member in Forsyth County, home of Winston-Salem. Johnson’s platform included eliminating the Common Core educational standards and reducing student testing.

Thirty four year old Jon Godfread has been a staple around the North Dakota Capitol, heading up government affairs for the Greater North Dakota Chamber and heading up several initiative campaigns in the state. Godfread easily walked into the regulatory job in the red state, running on a platform focusing on balancing the needs of consumers and insurance companies.

Thirty four year old J.B. McCuskey is the first person elected West Virginia state auditor not named Glen Gainor in four decades. McCuskey a state legislator, easily defeated a long time auditor’s office employee to claim the office as the state’s chief accountant, auditor and securities regulator. McCuskey, the son of a former state Supreme Court justice, is the first Republican to be elected to the auditor’s office in 88 years.

McCuskey succeeds Lisa Hopkins, who was appointed to the post earlier this year when Democrat Glen Gainor III stepped down after 23 years in the job. Gainor was first elected in 1992 to succeed his father, Glen Gainor Jr., who was state auditor for 16 years. Denzil Gainor, a cousin of the older Gainor, was the state auditor from 1961 to his death in 1972.

Thirty five year old Cyrus Habib will be Washington’s first new lieutenant governor in 20 years, succeeding outgoing Lt. Gov. Brad Owen (D). Habib comes to the post following one term in the state House of Representatives and two years in the state Senate, pushing a variety of progressive causes including paid sick leave and voting rights. He has also been active on economic development and transportation legislation. Habib is a childhood cancer survivor who lost his eyesight at the age of eight.

Habib takes over an office that wields influence over the state Senate, where the lieutenant governor serves as the Senate’s presiding officer and chairman of the Senate Rules Committee. In addition, the lieutenant governor chairs an economic development and international relations committee for the state, with Owens using the perch to travel the Asia Pacific region to promote the state’s business community. The lieutenant governor also serves on a variety of boards overseeing higher education and health care facilities, state debt, awards, the state capitol and historic furniture owned by the state government.

Thirty six year old Josh Hawley’s victory will change the direction of the Missouri attorney general’s office going forward. Hawley has pledged to run the office in the mold of other conservative activist state attorneys general around the country, with a focus on battling what he says is the overreach of the federal government, Obamacare, federal environmental regulations and immigration. He has also said that work on abortion, the Second Amendment and religious liberty would be on his agenda. Hawley’s Democratic opponent, former Cass County Prosecutor Teresa Hensley, had pledged a more consumer focused office in the mold of outgoing Attorney General Chris Koster (D).

Hawley, a law professor, has emerged as a leading conservative voice in Missouri and nationally, with him likely to emerge as one of the more outspoken state attorneys general on the right. With the Missouri attorney general’s office serving as a stepping stone in state government, Hawley could emerge as a future gubernatorial or U.S. Senate candidate.

Thirty seven year old Josh Gallion has spent eight years toiling in North Dakota state government and now will step up and serve as one of the state’s constitutional officers. Gallion made his resume – which includes accounting degrees and service as a finance manager for the state Transportation Department and an accounting manager for the state Public Service Commission – central to his campaign for the auditor’s post. Gallion sought the office with the backing of Auditor Robert Peterson (R), who is retiring after 20 years.