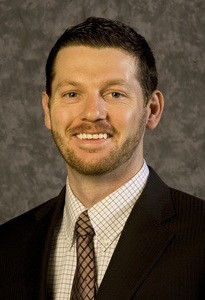 In announcing his resignation from the Kansas House of Representatives Monday, state Rep. John Wilson (D-Lawrence) hit on one of the most common reasons young elected officials walk away from public office, time.

Wilson noted that he has to balance the time commitment to serve in the Legislature four days a week for five months out of the year, along with his professional career in non-profit management and his wife and young children. Wilson also noted that his legislative duties don’t end in the Capitol, with time spent meeting constituents, working on constituent services and attending meetings and dinners with interest groups after the Legislature gavels out for the day. While he could go home at night, Wilson said that he frequently found his attention drifting between his various commitments.

The reasons behind Wilson’s resignation are quite common for many elected officials in their twenties and thirties to step away from elective office, either by a midterm resignation or more commonly, by not seeking another term. The impact being that at times you see an age gap in state Legislatures around the country, particularly those that are part time citizen Legislatures.

In my book, The Next Generation: Young Elected Officials and their Impact on American Politics, the theme of the impact of elective office on personal lives came up. In the interviews, you largely see those in part time elective office addressing the time commitment and the impact on their personal lives. Former Missouri Secretary of State Jason Kander (D), interviewed for the book while a state legislator, noted that his legislative service and work as an attorney led to him and his wife, Diana, to figure out when to have children. Former Oregon state Rep. Brent Barton (D), then single, noted that he would not be able to carve out the time to serve in Salem and practice law if he had young children.

Barton did not seek another term in the Oregon House of Representatives in 2016, after he was married and had a young son, while Kander and his wife did not have a child until he was in the fulltime office of secretary of state. Kander remains in politics, losing a 2016 U.S. Senate race and now traveling the country as a Democratic Party advocate and leader of a non-profit focused on voter access.

Former Tampa Mayor Pam Iorio (D) noted in the book that family considerations dictated what office she sought in 1993 when the then 33-year-old Iorio was term limited off the Hillsbourgh County Commission. Iorio said that she decided against a run for the Florida Legislature due to the need to split her time between Tampa and Tallahassee and instead successfully sought the largely administrative role of Hillsborough County supervisor of elections. She noted that the elections job gave her an office that had regular hours and kept her based in Tampa, home to her, her husband and children.

The comments by Wilson are not just mentioned by those in my book but rather by many around the country in elective office, including former President Barack Obama during his time in the Illinois state Senate. Lawmakers in Wyoming and Idaho have noted to me that the time demands promote a unique culture where many lawmakers are of retirement age or in their twenties, with many in between missing from the Legislature.

The time demands of running and serving in office at times do not mesh with someone who is in the middle of their career and starting a family. Particularly this comes into play with state legislative careers, since many Legislatures meet only part of the year and require being based in the capital city for that time, often not a place in commuting distance.

The issue comes less into play in states that either have full time Legislatures, since the demands of a professional career do not come into play, or in states where geography allows for a daily commute, states like New Jersey and New Hampshire. In those states while a lawmaker may need to take time off from their fulltime job, it is often a day a week rather than four to five days a week.

In addition many states that have full time Legislatures, at times have another problem impacting younger candidates. Lawmakers are rarely leaving office and lines form of those wanting to serve, that younger candidates often cannot seek a legislative seat and are left waiting for an opening, which could be two decades away.

What can be addressed is how to allow for a better balance between legislative service and professional and personal lives for state lawmakers. This could be finding ways to promote employers allowing for staff to take time off for legislative service. This might allow for someone to serve for a few terms, similar to Wilson’s five years of service in Kansas.

Allowing for a broader age range of service would allow for diversity in the legislative process and allow the voices of young professionals and young families to be heard. This will impact a broad range of policies from the budget to taxes to education to health to transportation and beyond. It would allow for many voices to be a part of the process and also bring in people with different life experiences and viewpoints to come into play.