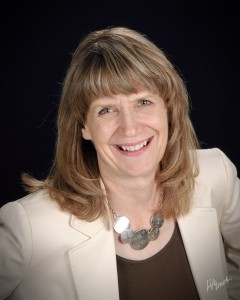 The wife of a defeated Republican Wyoming state Senate candidate has announced her candidacy as an independent against the man who defeated her husband, setting up a battle for the soul of the local GOP.

Republican Kym Zwonitzer, the wife and mother of state legislators was officially certified this week as an independent candidate against Republican nominee Anthony Bouchard in a Cheyenne area district. Zwonitzer’s entry into the race, which has no Democratic candidate, turns the general election into not only a rematch between the Zwonitzer family and Bouchard but the continuation of the GOP primary battle that pitted two sides of the party against each other. Bouchard, a gun rights advocate, represents the tea party wing of the party that has battled for greater influence in Wyoming politics, while the Zwonitzer family represents a more moderate GOP brand. Zwonitzer’s husband, Rep. Dave Zwonitzer (R), lost last month’s Republican primary to Bouchard by five votes.

Zwonitzer said that she is not driven to seek revenge against Bouchard for defeating her husband, but rather is seeking to provide a general election choice, noting that her husband did not ask her to make the race in his place.

“It is not sour grapes,” she told The Celock Report. “I talked to a lot of constituents in the few days after the election.

She said that district residents want a moderate alternative.

“A lot of constituents are saying this isn’t right and we won’t have the representation we want,” Zwonitzer said.

Zwonitzer said that after Bouchard’s primary victory, she started looking at the results finding the majority of the voters either voted for Dave Zwonitzer or Lindi Kirkbride, who finished third in the primary. While Wyoming prevented Dave Zwonitzer from pursuing an independent challenge to Bouchard, Zwonitzer stressed she made the decision on her own.

“It was not something my husband asked me to do. It is all me,” she said. “I have the political background and I have a politically active family. I would like to offer myself as an alternative to the person who won.”

Zwonitzer has been endorsed by Kirkbride and retiring Sen. Wayne Johnson (R).

Zwonitzer said that while her family pursued elective office, she has played a more behind the scenes role and had thought of running herself, but said her work as a vice president for two banks in Wyoming and owning several small businesses prevented her from running. She said she encouraged both her husband and son, Rep. Dan Zwonitzer (R), to run for office. Dan Zwonitzer is currently seeking his seventh term, while Dave Zwonitzer declined to seek a sixth term in order to run for the Senate.

“Mrs. Zwonitzer’s statement that her candidacy has nothing to do with her husband’s loss is ridiculous,” Bouchard said. “Mr. and Mrs. Zwonitzer are progressives masquerading as Republicans. My campaign is about cleaning up the Republican Party, returning it to limited government principles.”

Bouchard, the executive director of the Wyoming Gun Owners Coalition, has outlined a conservative platform, including stressing his support for reductions in government spending, Second Amendment rights and family values. Among the issues he has highlighted are reforming the state’s two-year budget cycle, reducing state spending and executive salaries, ending Common Core and enacting laws allowing for small business owners to opt out of providing services for same sex weddings based on religious beliefs.

He has been critical of state officials for not pursuing more litigation against the federal government relating to the Affordable Care Act, noting that he worked with lawmakers on a state constitutional amendment opposing the federal healthcare law. Bouchard also has highlighted his work on gun rights.

Bouchard has been at odds with other Republicans in the state, including Gov. Matt Mead (R). On the Wyoming Gun Owners website, Bouchard criticized Mead as potentially “the worst Republican governor Wyoming has ever had.” Bouchard centered on Mead’s 2011 appointment of Democrat Greg Phillips as the state attorney general and Phillips’ later appointment by President Barack Obama as a U.S. Court of Appeals judge. Bouchard criticized Phillips’ support for a ruling as a judge to prevent guns from being in cars parked in post office parking lots. Phillips, who was backed for the judgeship by both of Wyoming’s GOP senators, had worked in the Wyoming U.S. attorney’s office when Mead headed that office and has been friends with Mead since law school.

The campaign comes amid continued battles between the establishment Republican wing in Wyoming politics, which includes conservatives and moderates, and the tea party wing. The battle has intensified in recent years, with more conservative lawmakers capturing seats in the Legislature and Cindy Hill, a tea party aligned educator, being elected state Superintendent of Public Instruction in 2010. Hill’s four year tenure was marked by constant battles between her, Mead and lawmakers, including Mead signing a bill stripping her of most of her duties and leaving her in a ceremonial role and the release of a report commissioned by Mead that accused Hill of spending irregularities and bizarre behavior. The state Supreme Court later restored Hill’s power and Hill lost a 2014 primary challenge to Mead. Bouchard has been supportive of Hill.

This year conservative Republicans challenged several of the more moderates Republicans in the primary with several victories, most notably defeating Rep. Rosie Berger (R), the presumptive next House speaker.

Dan Zwonitzer’s defining moment in the Legislature was a 2007 floor speech against a same sex marriage ban in the state, a cause he continued to back since. Zwonitzer was also active in 2012 legislative debates about either legalizing same sex marriage or civil unions in Wyoming.

Kym Zwonitzer stressed her conservative credentials in an interview.

“I am a conservative Republican. I am a member of the NRA,” she said. “I am strong on Second Amendment rights.”

The NRA endorsed Bouchard in the primary.

Zwonitzer, who holds an MBA from the University of Wyoming, said she wanted to use her background in business to center on economic development if elected. She said this includes addressing the budget hole and working to create new jobs to create new revenue for the state. She said that her “Wyoming values” include the ability to work with others in a civil fashion.

Zwonitzer said that being the wife and mother of current legislators would allow her to hit the ground running if elected. She said that she has been active in providing advice behind the scenes and has attended Council of State Government meetings with her husband.

“I have taken an active role,” she said. “I have attended CSG meetings and I did not do the spouse activities, I went to the meetings.”

Zwonitzer’s family has resided in Wyoming since the 1870s and have been Republicans since that time. Her great-grandmother, Meroa Thomas, and mother, Charlene Stogsdill, both sought seats in the state Legislature as Republicans. Zwonitzer, who has been active in Laramie County GOP politics, said that if elected she plans to serve as a Republican.

Zwonitzer said that while her husband and son have defined a family brand in Wyoming politics she is running as her own person and is seeking to present her own brand.

“People label people all different ways. I have always been a Republican. I have always had the Republican values of small government, Second Amendment rights, strong defense, the basic core Republican limited government values,” she said. “I feel I am a common sense conservative. Some people say you become more conservative with age. I am my own person. People can’t look at my husband and son and label me.”