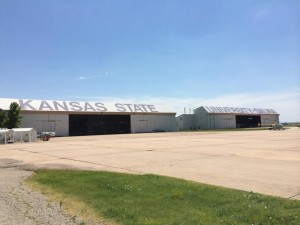 Kansas lawmakers are in the process of clearing up a process that has not treated the Kansas State University campus in Salina as a separate budget item for the last two decades.

Rep. J.R. Claeys (R-Salina) was planning to introduce legislation to have the Salina campus of K-State treated as its own college for state budget purposes, instead of with the rest of K-State. In working with the state Revisor of Statutes office in drafting the bill, Claeys discovered state law has already treated the Salina campus as it’s own budget item separate from the rest of K-State since 1992, but state practice has kept Salina as part of the overall K-State budget for two decades.

“I think many have been under the impression that because it was done this way, including under a governor from Salina, that a combined budget was statutory,” Claeys told The Celock Report Monday hours after he discovered the 1992 law. “Once it was done this way I can’t see a reason the office would have returned to the statute for guidance. Clearly it isn’t statutory and we need to follow the law in this process.”

The Salina campus of K-State was created following a 1991 merger between the Kansas Technical Institute in Salina with K-State. The Salina campus houses the K-State College of Technology and Aviation, including the state’s Unmanned Aerial Vehicle training and research program, one of the few such programs in the country. Last month K-State Salina became the first UAV program in the nation to be awarded the ability to fly unrestricted statewide by the Federal Aviation Administration.

Claeys, a K-State alumnus, said that he wanted to separate out the Salina campus budget from the main K-State budget to recognize the programs that are offered in Salina, particularly in terms of aviation.

“The number one flight team in the nation, a UAV program among the first and best in the nation, a world class pilot program and applied engineering program — all of these are practical programs that deserve to stand on their own and serve as an example of success in education, outsize value for students and academic management that is second to none,” he said. “If we deserve scrutiny, I can accept that, but we deserve to stand on our own rather than as an afterthought in a larger budget where priorities may not align.”

Since learning of the 1992 statue Monday morning, Claeys said that he has been in contact with state Budget Director Shawn Sullivan and House Education Budget Committee Chairwoman Amanda Grosserode (R-Lenexa) to develop a plan. He stressed that it is unlikely the law was knowingly violated and likely an oversight by several administrations. Since former Gov. Joan Finney (D) signed the 1992 law, four governors, two of each party, have governed the state. He said it is possible a previous one-time budget proviso combined the Salina budget back to the main K-State budget two decades ago and the practice continued.

Grosserode told The Celock Report that she is in the process of working with Claeys on the issue.

As a separate budget entity, K-State Salina Dean/CEO Verna Fitzsimmons would have the opportunity to present her budget individually to state lawmakers and the Legislature would be able to address items specific to the Salina campus, particularly the aviation and UAV programs.

Claeys said that having the separate hearings and debate by budget writing committees would allow for the Salina campus to be recognized. He also said lawmakers would be able to see how the Salina campus has been a role model to other collegiate aviation programs.

“I started my college career at K-State Salina and completed my undergraduate degree in Manhattan. The applied programs in Salina are more likely to be copied than criticized,” he said. “The budget process needs the opportunity to recognize and reward the value our programs in Salina offer.”