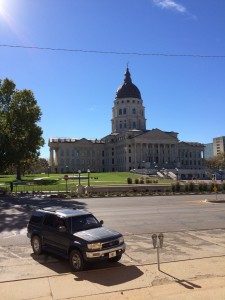 A consultant’s report is recommending that Kansas lawmakers put between $1.7 billion and $2 billion more into schools to meet court ordered funding.

The report from WestEd – commissioned by legislative leaders – is recommending that the state put an additional $1.7 billion over five years into schools in order to meet educational performance objectives set out by the state Supreme Court in the Gannon decision. The state would need to place an additional $2 billion into education funding over five years to meet higher performance objectives. The report said that lawmakers would need roughly $500 million to meet current performance objectives. Kansas lawmakers are under a state Supreme Court order to pump more funding into schools by June 30 or face a court ordered closure. The order is part of the state’s long running school finance litigation and legislative debates.

The report’s recommendations – which GOP legislative leaders have been awaiting as a guide to drafting school finance legislation this year – set the stage for the state to either adopt a tax hike or make large spending cuts in other areas of the budget in order to meet additional funding for the schools.

Lawmakers for years have been grappling with state Supreme Court rulings in the Gannon case that have threatened to close state schools and have dominated state politics. The court threats to close schools have increased since a 2015 state law temporarily replaced the state’s school aid formula with a block grant system, which was championed by then Gov. Sam Brownback (R). The block grants were replaced with a new formula – similar to the old formula – by lawmakers last year. The move came after moderate Republicans and Democrats made gains in the 2016 legislative elections.

Gov. Jeff Colyer (R), who replaced Brownback in late January, has proposed a budget that recommends an additional $900 million in school spending. Brownback stepped down to accept an ambassadorship in the Trump Administration.

Friday’s presentation to a joint meeting of House and Senate school finance committees included debate over portions of the report relating to individual district funding increases. The errors – which are to be corrected over the weekend – appear to be formatting in nature, but have raised concerns among committee members that the report could be off.

Democratic lawmakers have long been skeptical of the report, saying that it was an attempt by GOP leaders to undercut schools. The report did not include spending on non-instructional areas of education including transportation, food service, debt service for construction and adult education.

The report’s recommendations will throw the state’s budget process into disarray, with lawmakers having recommended spending increases for transportation, social services and criminal justice during a series of budget committee meetings. The reports came with bipartisan support and will now be questioned as lawmakers seek to grapple with recommended increases in school spending while addressing other areas of the budget. In addition, lawmakers will need to figure out a spending plan to address the school finance hike.

Friday’s committee meeting did not bring many answers, as lawmakers were being briefed on the report for the first time, which was only released to legislators and the public at the beginning of the meeting. The consultant did not brief legislative attorneys about the report until hours before the meeting. The attorneys for the two committees handled the briefing of the committee and not the consultants.