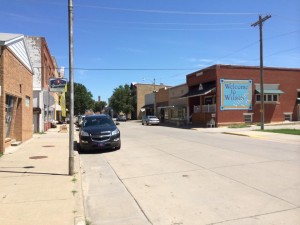 The proposal, which passed the House of Representatives on a voice vote Wednesday, will allow local governments to waive zoning restrictions that prohibit microbreweries, farm wineries and distilleries from being within 200 feet of a church. The amendment was one of several attached by lawmakers on to a successful bill relating to serving alcohol at catered events on public property.

“The area I come from in the business area has really seen a revitilization with the tax structures in Kansas,” House Agriculture and Natural Resources Committee Chairwoman Sharon Schwartz (R-Washington), the amendment’s sponsor told The Celock Report. “Specifically there is a new microbrewery and it attracted five other businesses.”

Under the terms of the amendment, local governments will be able to set the amount of distance a microbrewery would need to be from a church. Schwartz said they can keep the current 200 feet requirement the state sets or lower or eliminate it entirely. She said the goal is to provide local control on land use along with downtown economic development.

“This would allow local control. I am a supporter of that,” Schwartz said. “I question why we at the state level need to decide what’s best for our communities let those people decide that on their own.”

The amendment was one of four lawmakers approved to the catered events legislation during a session dedicated to alcohol related bills. Another amendment will allow for art stores and other businesses in the state to host BYOB wine events as private parties. The legislation – which has become an omnibus alcohol policy bill – is now pending in the state Senate.

On Wednesday, Schwartz told her colleagues that a bill she sponsored on the topic had made it past committee earlier this year but had not received House approval before last month’s deadline for many House bills to receive action before moving to the Senate. The catered events bill provided her with a vehicle to move the proposal through the Legislature.

During Wednesday’s floor debate, lawmakers expressed support for microbreweries and the impact they can have on the state. One lawmaker noted that a new arts district being formed in North Topeka has received several inquiries from microbreweries to locate there.

“I am a big proponent of helping this emerging industry, microbreweries,” Couture-Lovelady said. “I urge you to support this amendment.”

Schwartz said that the microbreweries have become destination points in rural communities throughout the state. She said that in her region, since the microbrewery opened up, new restaurants and shops have followed bringing new life to the downtown.

Schwartz remembered how several years ago, the downtown areas closed up at 6 p.m. but now stay open later due to the crowds for the microbrewery and restaurants.

“It has really changed. We are looking for economic growth,” she said. “If this is a way to allow this happen in rural Kansas. For me it’s a win, win solution for us.”