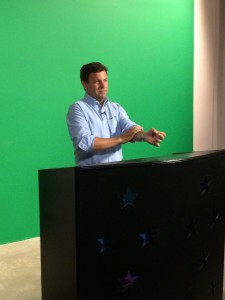 Kansas lawmakers defeated an amendment Wednesday that would have allowed liquor storeowners to own multiple stores, a proposal its sponsor called part of the “American Dream.”

The House of Representatives voted 16-96 to defeat the amendment offered by Rep. J.R. Claeys (R-Salina). While Claeys argued that the bill would codify existing practice to allow multiple liquor stores, opponents said that Claeys was trying to pass a version of the controversial Uncork amendment, which would allow supermarkets and grocery stores to sell alcohol.

“Currently some owners will have their second store in their wife’s name, a third in their son’s name, a fourth in their daughter’s,” Claeys told The Celock Report about his amendment. “This would allow that individual to have all the stores in one name. It still requires a license for each location.”

The amendment was proposed to a bill regarding liquor licenses in the state. Rep. Brett Hildabrand (R-Shawnee) told lawmakers that he considered Claeys’ amendment “friendly.”

Claeys stressed on the floor and to The Celock Report that the amendment is not a method to enact the Uncork Kansas legislation. He said that the current rules for owning a liquor store would continue to apply under his amendment.

“As far as groceries absolutely not. You’d have to qualify as a current liquor store owner does,” Claeys said during the debate. “The way they qualify stays the same and they would be allowed to open more than one.”

Opponents on the other hand were not convinced about Claeys’ intentions. Claeys has been a supporter of the Uncork legislation. The House Commerce, Labor and Economic Development Committee held a series of hearings last month on the Uncork proposal, which was referred back to the committee on Wednesday before Claeys offered his amendment.

“This is about Uncork. This is about allowing those chain stores to have those licenses,” Rep. Dan Hawkins (R-Wichita) said. “Today it starts. It is time to put a stop to this.”

Assistant House Minority Leader Louis Ruiz (D-Kansas City) said that he wanted to have further committee discussion of Claeys’ proposal and the entire liquor issue. He said that given the underlying issues of alcohol regulation in the state it was important to have a longer debate.

“This needs to be vetted more so. This will open the door to more things that we are not willing to be involved with,” Ruiz said. “We have 750 licenses currently in the state of Kansas. This will be an attack on our small business people in Kansas. Do we want to open that can of worms.”

House Democratic Agenda Chairman Brandon Whipple (D-Wichita) told lawmakers that liquor storeowners that have been contacting him during the floor debate have expressed opposition to Claeys’ amendment. He said that as a Commerce Committee member he wants to have further committee discussion on the amendment.

“I rise in opposition. It is a major, major policy change. As someone who has sat on the Labor and Commerce Committee for the last two terms and has debated changes to our current liquor store laws, this is something that should be debated in committee,” Whipple said. “I have had liquor stores listening to debate say they do not support this.”

Claeys noted that he has talked to multiple liquor stores owners who have expressed support for the change. During last month’s Uncork hearings, Claeys asked liquor storeowners about owning more than one store.

During the floor debate Wednesday, Claeys said that in Commerce Committee hearings on Uncork since joining the Legislature in 2013, he has heard multiple owners express support for his proposal.

Claeys was quick to point out the pro-economic growth aspect of his amendment.

“The nature of business is growth. Taking a good idea, a better way of doing business, and replicating it,” Claeys told The Celock Report. “Owners of liquor stores deserve the same opportunity to innovate and grow their business that every other business owner has.”

Rep. Stephanie Clayton (R-Overland Park) noted that she backs Uncork and supports free enterprise. She questioned Claeys if his amendment would hurt the overall Uncork policy. Claeys said it would not.

House Republican Caucus Chairman Travis Couture-Lovelady (R-Palco) expressed support for the Claeys amendment saying that it would allow for innovation to be rewarded in small business.

“The underlying bill is about hidden owners and right now we have hidden owners. We have folks who own a bunch of different stores,” Couture-Lovelady said. “There was one in Johnson County that had five or six, it is quite a few. Allow them to work together to have innovation in liquor stores. We passed this out of Fed&State. This is not Uncork, this is about allowing them to do what they are doing and not to circumvent the law.”

Claeys told his colleagues that he was trying to promote capitalism and the American Dream. He said the current law was more in line with a Communist doctrine and not capitalism.