Kansas Aviation Chief: ‘A Lot Of Cool Things Coming Out Of Our State’ 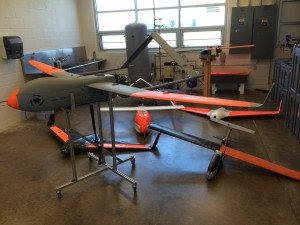 Merrill Atwater, the aviation director at the Kansas Department of Transportation, told The Celock Report Thursday that focusing on airport development around the state – including the Kansas Airport Improvement Program, the UAS economic development program and the aviation industry are all priorities for his division. On Wednesday, Bob Brock, KDOT’s UAS director, told state lawmakers that the aviation division has developed a long term strategic plan for the industry and outlined the next steps the state will be taking to grow the industry.

“We’re going to continue the KAIP program. It is incredible. It is essential to what we’re doing,” Atwater told The Celock Report. “We’ve got to continue to grow the UAS program and make this a business friendly environment.”

Atwater said that the UAS program remains a top priority for his division and KDOT, noting that the industry continues to be in its infancy and Kansas has the tools to be a national leader. Among the tools Atwater cited is the nationally recognized UAS program at Kansas State Polytechnic in Salina and a growing relationship between the state’s higher education community for the aviation and UAS sectors. Last year lawmakers created a research triangle between K-State, the University of Kansas and Wichita State University on aviation and UAS issues.

Atwater said the research triangle has been important in looking at the economic development aspect of UAS and aviation, but also for positioning the state’s higher education institutions as a research hub.

“That relationship is growing. They are really starting to work together to secure the contracts. The goal is to become the research arm of the United States,” Atwater said of the research triangle in the UAS and aviation sectors. “It generates jobs and stimulates the economy. It helps the schools since it brings the research dollars in.”

During his presentation to the state House Commerce, Labor and Economic Development Committee on Wednesday, Brock told lawmakers that he fulfilled a series of directives that lawmakers made for his position last year. Brock, who worked on UAS issues in the Air Force, was appointed to the newly created post last year.

Among the areas Brock said he has worked on is the development of a strategic plan for UAS in the state, making connections with industry leaders in the state and nationally and positioning Kansas as a national UAS leader.

Brock said the utilization of UAS to do bridge inspections, along with other types of inspections can save time and money for KDOT, noting that the drone can be sent out quicker than a truck and do an inspection faster and not tie up traffic. He also noted that the sensors on the drones can find more out with the bridge in a quicker time period, which will allow KDOT to tackle issues earlier in the process.

In the field of emergency management, drones can be used to conduct inspections of disaster sites to locate missing persons without putting first responders in danger.

Brock and Atwater both said that KDOT Aviation has been working on the issues with an interagency task force that brings together a variety of state agencies. They both said this has allowed for better communication on the issues, which will help grow the industry and utilize UAS within state government.

Brock told lawmakers that he has worked closely with universities in the state and with industry leaders nationally, in an effort to market Kansas as a UAS site location. Lawmakers dictated last year that Brock spend half his time at the K-State Poly campus in Salina in an effort to have him work closely with the researchers on campus.

“If we are going to enter it, we’ve got to be winners and be the guys that show up every time,” Brock told lawmakers Wednesday about how the state should approach growing as a UAS industry hub.

In response to questions from lawmakers about UAS privacy issues, Brock said KDOT Aviation is tailoring the industry to make sure privacy issues are respected and is in compliance with federal regulations.

Atwater told The Celock Report that the division wants to bring in the UAS sector and has been working in a collaborative fashion. Among the agencies playing a role with KDOT have included the Department of Commerce, the Department of Agriculture and the Highway Patrol.

“Whenever you start talking about privacy and economic development, those are big deals,” he said. “We are an aviation state. That is a big deal for us. We want to make sure we’re doing things safe.”

Atwater said that outside of the UAS program his division would be continuing its work on outreach to communities across the state about aviation, airports and the KAIP program. The KAIP program is a grant program for the state’s 137 airports that is designed to assist with improvements at the airports.

Atwater said he in is contact with aviation leaders in the Wichita area to work with the growth of the industry, which has long been an economic hub for the state. The Wichita area has seen a decline in the number of aviation jobs in recent years as part of an slump in the industry.

Atwater said his contacts with the aviation industry have not only included the larger companies but also the smaller companies that have niche specialties in the industry.

Atwater pointed towards the outreach efforts of KDOT Aviation over the past year as an area that will be continuing going forward. This has included travel across the state to talk with community leaders and Aviation Day at the state Capitol on Feb. 9.

“Our outreach is increasing and we’ve put many thousands of miles on cars learning what the problems and issues are and work to let people know what we’re doing,” he said. “We’re here to support local communities and their aviation needs.”

Atwater said that the planning and collaboration in the department and across the industry and agencies is yielding ideas that will be coming forward in 2017. He said that 2017 will bring several announcements.

“You will find a lot of cool things coming out of our state,” he said.