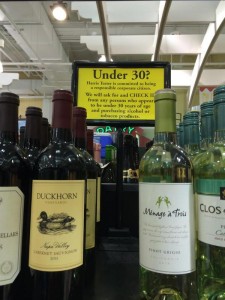 Rep. J.R. Claeys (R-Salina) introduced legislation into the House Appropriations Committee that would allow art studios to obtain an annual permit that would allow individuals renting the studios for private parties and their guests to bring their alcohol with them. Recent enforcement against the practice by the studios by the state Division of Alcohol Beverage Control led to the Appropriations Committee last week to strip the division of their funding for the next two fiscal years, creating a standoff between lawmakers and the agency.

“Now that we have had a chance to bring everyone together with a sense of urgency, we’ve found a path forward that will stop the poor treatment of these small businesses by local prosecutors and respect the intent of the law,” Claeys told The Celock Report.

ABC was slated to receive $3.6 million a year in funding for fiscal year before the budget writing panel stripped them of the funds.

The enforcement against the paint and wine businesses for BYOB at private gatherings had increased in recent months in the Wichita leading to concerns from Claeys and other lawmakers that ABC was creating new laws without the Legislature. State Revenue Department spokeswoman Jeannine Koranda told The Celock Report last week that ABC believed that a 1993 state attorney general’s opinion gave the agency the authority to end the BYOB practices at the private parties. ABC is a division of the Revenue Department.

The opinion dealt with dances open to the general public in the Dodge City area.

Koranda said last week that ABC had worked with lawmakers to develop legislation earlier this session. She said the agency submitted language to House Federal and State Affairs Committee Chairman Steve Brunk (R-Wichita) for a potential bill earlier this year. Similar legislation offered by the Federal and State Affairs Committee was read into the House during a session Monday morning after Claeys introduced his bill into the Appropriations Committee.

Claeys said that while he believed the attorney general’s opinion covered the art studios, there was concern that the current phrasing of the law could lead to other businesses to open bars without licenses, necessitating the new legislation.

“We are going to create an inexpensive permit process to identify and allow these businesses to come into compliance with a new exemption in statute that clarifies the law for ABC,” Claeys said. “There are legitimate concerns by ABC, and frankly by me, as to what an interpretation of the statute might lead to as far as loopholes for businesses attempting to circumvent the licensing process as a club or bar.”

Under the terms of the legislation introduced by Claeys, the studios can obtain a $25 a year permit that would allow them to rent their space to individuals to host private parties during a class. The guests at these parties can bring their own alcohol for the party. The parties would remain private in nature and not open to the general public.

Claeys has said that one of his top goals has been seeking a solution to the standoff that would help grow the art sector in the state’s small business community. He said that once the bill passed, the Appropriations Committee can take steps to restoring funding to the alcohol regulation agency.

“Once this solution is presented and passed, we will move forward with reinstating the funding for ABC in FY16 and FY17,” Claeys said.