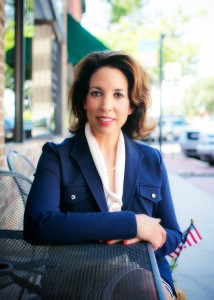 The newly appointed vice chairwoman of the Kansas House Appropriations Committee is planning to take budget writers on a deep dive into an efficiency study lawmakers were delivered almost a year ago to address the state’s budget issues.

Rep. Erin Davis (R-Olathe) told The Celock Report Friday that she plans on taking a “very pragmatic eye” to how the Alvarez and Marsal efficiency study can be translated into budget savings. On Thursday, Appropriations Committee Chairman-designate Troy Waymaster (R-Russell) said that he had tasked Davis with leading the House’s six budget committee chairs in reviewing the 105 recommendations from the report. The in-depth review of the efficiency study comes as the state faces a $346 million budget deficit in the current fiscal year and a multi-million dollar budget deficit for the next two fiscal years.

“At this point everything is on the table and a full vetting needs to be done,” Davis said. “That’s the task of the individual budget committees.”

Davis said the A&M study will guide her work and the budget chairs for the entire legislative session as they seek to develop legislation to implement recommendations contained in the report. At the same time she said the state’s current budget deficits cannot be solved quickly but rather will involve a lot of discussion and debate in the budget committees and the full appropriations committee. She said she views the efficiency report as providing a road map for lawmakers to start their work.

“I am hesitant to say there is a magic bullet. I am pragmatic enough as a person to say there isn’t a magic bullet,” Davis said. “It will require imaginative thinking. I do think having each committee look at the suggestions is not just beneficial but necessary to make sure that we are running government in the most efficient and effective way possible.”

The A&M study, which was commissioned by legislative leaders in 2015 contains a series of recommendations covering all aspects of state government. These include changes to the state’s procurement procedures, the consolidation of the state’s leasing programs, consolidating school district employees into a single statewide health plan, new sponsorship programs for state roads, outsourcing of certain state functions, changes to the state’s payment schedule for vendors, changing the process for hiring engineering firms, consolidating offices in social services and transportation and expanding the market for the state’s prison industries.

Lawmakers conducted reviews of the plans in budget committees last year, but debates over school finance and the budget overtook the efficiency study. The House did reject a proposal from the House Education Budget Committee for consolidating school district procurement into a statewide purchasing pool. Lawmakers did advance a plan referenced in the A&M report to allow the expansion of prison credits from education and training programs for inmates from 90 days to 120 days. The proposal has been praised by public safety lawmakers as a way to reduce recidivism along with delivering a cost savings. The plan was under consideration by lawmakers and the state Department of Corrections prior to the A&M report being released.

The efficiency review and the budget cuts in the Appropriations Committee come at the same time that legislative tax writing committees will be reviewing the state’s 2012 tax cuts, which have contributed to the budget deficit.

Davis, who succeeds retiring Rep. Sharon Schwartz (R-Washington) as vice chairwoman, said that she is “excited” to take on the role and focusing on the management study. In terms of the state budget deficit, Davis said that she anticipates everything being on the table as the Appropriations Committee and the Senate Ways and Means Committee begin their reviews.

Davis said that she hopes that lawmakers are able to unite behind a budget plan.

“We have a lot of new members who just won elections saying that they wanted to be solutions minded and wanted to be able to debate certain issues. I think that benefits our state overall,” she said. “I am hopeful that we will come together as a body and thoroughly debate these issues with the idea that we want to find a solution that is workable and will put Kansas on a trajectory for success.”

Davis, who has been known for her advocacy for the developmentally disabled, said that she plans to work with the Appropriations Committee to craft a budget that will provide services to that community and others.

“I think making sure that we are able to deliver services to those who are the most vulnerable amongst us is imperative,” she said. “We’re going to have to make difficult decisions and I am willing to work with our budget chairs, the Appropriations Committee and the Legislature as a whole to find solutions that will meet the needs of vulnerable Kansans in the most efficient and effective manner.”

Davis was elected by GOP committee members in Johnson County to fill a vacant House seat at the beginning of 2014 and been elected twice since. A year ago she was tapped to serve as vice chairwoman of the Children and Seniors Committee. She has also served on the Pensions and Benefits Committee, Commerce, Labor and Economic Development Committee and Judiciary Committee in the last session. She has also served on legislative study committees focused on foster care and chaired a 2015 special committee which reviewed a complaint against comments Rep. Valdenia Winn (D-Kansas City) made about a bill repealing in-state tuition for undocumented immigrants. The complaint against Winn was unanimously dismissed by the panel.

Davis worked in the public relations field prior to having children and went to law school when her son and daughter were eight. She practiced family law for several years and is currently general counsel to a health care company. Earlier this year, she worked with state Treasurer Ron Estes (R) to pass the ABLE Act, which allows for the creation of new savings accounts for children with disabilities.

“I’m honored that the speaker chose me to be part of the leadership team for appropriations,” she said. “There is no doubt it is one of the most important committees in the Legislature and the one that will have long lasting effects on the state. I take the responsibility seriously. I look forward to working hard to craft good solutions for the state.”