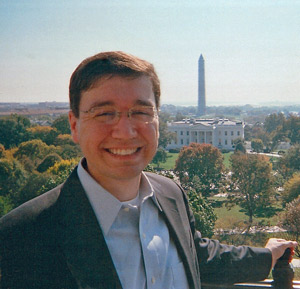 John R.D. Celock is an award winning writer, media affairs advisor and author based in the New York metropolitan area. A New Jersey native, John has covered politics at all levels from Town Hall to the U.S. Capitol and has built successful online publications and through his writing has had an impact on public affairs at multiple levels of government.

As a communications consultant, John has worked with clients to develop strategic communications plans, manage social media and create content to position clients as thought leaders on a number of subjects. As executive director of 21st Century Consumers, John advocated for a number of issues including credit card security, online bank security, a more fair ticket sales environment and growth of New York State’s wine industry. John has worked to develop legislative proposals.

John is the author of The Next Generation: Young Elected Officials and their Impact on American Politics, published by Continuum International Publishing in 2010. In his book, John detailed why those under 35 run for elective office, the challenges they face and the impact they are having on public policy. Interviewing over 90 current and former young elected officials across the country, John helped develop the first comprehensive examination of the stories behind young elected officials and the impact they are having on the country.

John served for over two years as the State Politics Reporter and Patch Liaison for The Huffington Post. While at HuffPost, John covered state politics and government around the country, along with coverage of U.S. Senate and House races. John’s work has been credited in the national media and by advocacy groups as having impacted state level legislation in multiple states.. John broke many stories at HuffPost, including Arizona Gov. Jan Brewer’s decision to skip a White House dinner, gun related legislation around the country and an attack on a Kansas legislative candidate for not having children. John also coordinated the relationship between Patch and HuffPost Politics in covering the 2012 presidential campaign, and was part of the coordination between the two publications on coverage of major breaking news events including the Boston bombing manhunt and Hurricane Sandy. 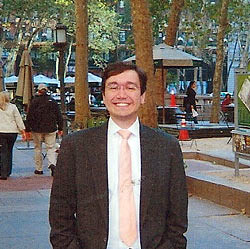 John spent over two years as the launch editor of Westfield Patch, the fourth Patch site in the nation. During this time, John established Patch as the go-to news site in the Westfield, N.J. community and grew Westfield Patch into one of the first profitable Patch sites in the country. Using old-fashioned and proven feet on the ground reporting and marketing techniques, John quickly won the trust of the community with comprehensive coverage of the issues important to Westfield. John has been credited with coverage that saved a Westfield teacher’s job, alerted residents to a school budget crisis and to a critical lack of manpower in the Fire Department. While at Patch, John volunteered time in the Westfield community, including with the Searching for Work group at the Presbyterian Church of Westfield, and with the Westfield Memorial Library and the Westfield Public Schools.

John has worked in media affairs and communications, including advising political candidates on issues. While still an undergraduate, John handled communications for the Niagara Falls Charter Revision Commission in Niagara Falls, N.Y., while the commission undertook a major study in an effort to reform city government. John has also worked in the Corporate Communications Department for a financial services company in New York.

John is committed to community service and was appointed by the New Jersey Senate minority leader to the Board of Directors of the New Jersey Civic Information Consortium, and elected by the board as secretary. The Consortium is a first-in-the-nation project created by the State of New Jersey to grow access to local news and information statewide. John’s focus on the all-volunteer board has been on creating and implementing the Consortium’s communication strategy and working on the Consortium’s grants program. John is a member of the Board of Governors of the Columbia University Club of New York, where he is co-chairman of the Program Committee.

He is a former executive committee member of the Columbia University Graduate School of Journalism Alumni Association, has been a Columbia J-School alumni mentor and has been active in alumni activities for Niagara University. He has judged journalism awards contests for the Idaho Press Club, the Deadline Club of New York and the Columbia J-School Alumni Association. John served one term on the Township of Cranford Recreation and Parks Advisory Board in New Jersey.

John holds a Master of Science degree from the Columbia University Graduate School of Journalism and a Bachelor of Arts degree in Political Science from Niagara University. He is Niagara’s first ever triple minor, holding minors in Communications Studies, Environmental Studies and Religious Studies.